Dr. Lubin started as a postgraduate researcher at Scripps Institution of Oceanography in 1990, and joined the academic ranks as an Assistant Research Physicist in 1993. His career has benefited greatly from SIO’s numerous opportunities for field work and instrument development. He has participated regularly in research cruises and remote polar field deployments with equipment for atmospheric spectroscopy and radiometry in the ultraviolet through middle-infrared, and also has ongoing climate research programs using satellite remote sensing. An additional facet of Dr. Lubin’s research involves astrophysical study of solar-type stars, as analogs of solar variability and effects on terrestrial climate. 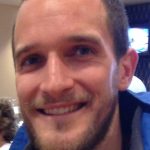 Ryan is a Ph.D. Candidate and NASA Earth and Space Science Fellow at Scripps Institution of Oceanography. His research seeks to answer questions at the interface of atmospheric dynamics, cloud physics, and radiative transfer with particular focus on the surface energy and mass budgets of the West Antarctic Ice Sheet (WAIS). Prior to working with Dr. Lubin, he earned a B.S. in Applied Mathematics at Old Dominion University in 2011 and an M.S. in Physical Oceanography at Scripps in 2012. He is a veteran of a 2012 Antarctic deployment and the NASA Arctic Radiation Ice Bridge Sea & Ice Experiment. From December 2015 to February 2016, he will provide field and scientific support to the Atmospheric Radiation Measurement Program (ARM) West Antarctic Radiation Experiment (AWARE) at the WAIS Divide Ice Camp.

Kris is an MS Candidate in Climate Science at Scripps Institution of Oceanography. His research focuses on the atmospheric physics and radiative-transfer properties occurring over Ross Island, Antarctica; to better ascertain the impact of the mountainous forcing of the Transantarctic Mountains on cloud vertical motions, phase, and particle sizes, as well as distinguishing scenarios driven by orographic vertical motions vice synoptic weather systems. Prior to working with Dr. Lubin, he earned a BS in Computer Engineering at Villanova University in 2008, and an MAS in Climate Science & Policy at Scripps in 2016. He is a veteran of the US Navy, spending 5 years on active duty as a Naval Officer. From August 2016 to Summer 2018, he provides scientific support to the Atmospheric Radiation Measurement Program (ARM) West Antarctic Radiation Experiment (AWARE).

Gabrielle Ayres, M.A., is a Sr. Research Writer, who provides research support, curricula design and writing for the AWARE Mission. Previously, she was a research assistant for the University of California, San Diego (UCSD) Center for Astrophysics and Space Sciences (1980s). Since 1999, she provided research support, writing, and curricula design for Dr. Lubin in Climate, Atmospheric Science and Physical Oceanography (CASPO) projects, The California Space Institute and The Arctic and Antarctic Research Center at Scripps Institution of Oceanography (SIO). She developed and facilitated the SIO Graduate Student Leadership, Teaching and Professional Development Program. She was a researcher and publications manager, for the Stanford University, Faculty Development Office (2007-2009), facilitating programs for faculty. Her formal education in STEM Research, Teaching and Professional Development in Higher Education, and SAS Programming, garnered her consulting work for colleges nationwide.

Camille is a 4th year undergraduate set to graduate June 2016 with a Bachelor of Science in Astrophysics from UCSD. She is currently working with Dr. Lubin, helping analyze data from solar-type stars as analogs to solar variability. Her interests within astrophysics are broad, including cosmology, general relativity, and galaxy formation.